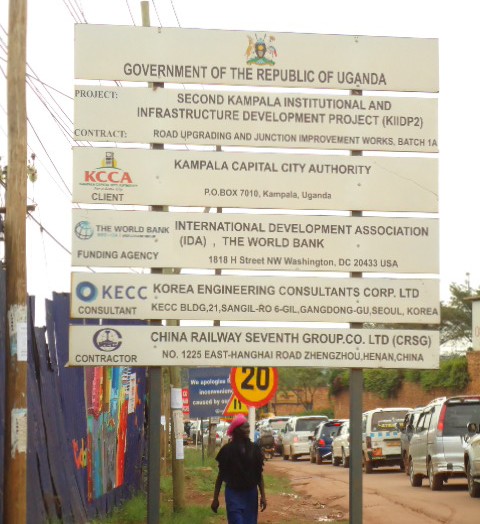 In late 2016, Ugandans from various government agencies, civil society and businesses got together to talk about open contracting. In this workshop, hosted by the Africa Freedom of Information Centre (AFIC) and the OCP, we realized that although the government has proactively disclosed some procurement information, the public has not been using it. The most likely answer, the attendees decided, was that the information is not being disclosed in a way that promotes participation and action.

Take, for example, the Government Procurement Portal (GPP), an e-procurement system for proactively publishing procurement plans, tender notices, awards, contract summaries, suspended suppliers and other procurement information. It was established by the Ugandan government in 2015 to help address the fact that citizen groups interested in monitoring public projects and service delivery had long found it difficult to access contracting information.

But we soon discovered the portal didn’t satisfy the needs of some of its key users. Disclosure covered only about 30% of public agencies; further, none of the districts where the AFIC monitors contracts were covered. Data at the different stages of the process didn’t link up and key information was not published, which also made it difficult to follow individual contracts along the procurement process.

To understand what was missing, the AFIC conducted a preliminary mapping of the GPP to determine the extent to which the portal aligned with the Open Contracting Data Standard – a universal data schema for opening up contracting information. We presented our findings to the government through the Public Procurement and Disposal of Public Assets Authority (PPDA), with whom we have had a memorandum of understanding since September 16, 2015. The PPDA then encouraged us to carry out a full mapping exercise, based on our initial findings.

The results of this mapping was one of the key issues discussed when we met at the recent workshop, with the PPDA committing to redesign the GPP to be fully compliant with the data standard. There were some other notable outcomes from the meeting too: the Civil Service College committed to develop and include an open contracting module in its curriculum, and civil society and other stakeholders were invited to make suggestions for a proposed amendment to the PPDA Act on how to strengthen citizens’ access to information and public participation.

This is just one of the ways open contracting has gained more traction in Uganda and the wider region over the last year. Public contracting is important for Africa as it is the main vehicle through which governments deliver public goods and services to the population. In some countries, half of the national budget is spent on public procurement. Unfortunately, this large investment in most cases has not delivered value for money, for reasons that include cost escalation, delays, shoddy works, conflicts, collusion and corruption.

The AFIC’s ongoing question and challenge has been, “How do we help African governments to achieve value for money in public projects?” Through its programs on citizen access to information, open contracting, social accountability and open government across Africa, the AFIC has learnt that making more information available to the public, and helping them monitor public projects, can help to avoid or address most of the challenges that undermine value in these projects. Yet, by and large, public contracting in most parts of Africa remains closed.

Last year, African governments and civil society increasingly gained knowledge on the importance of citizens’ access to and use of contracting information. Today, Côte d’Ivoire, Ghana, Kenya, Malawi, Nigeria, Sierra Leone, and Tunisia prioritize open contracting within their respective Open Government Partnership National Action Plans or anticorruption commitments. This is a huge step forward from only one year earlier, when the AFIC in collaboration with the Public and Private Development Centre (PPDC) examined the National Action Plans of the seven African OGP member countries and found that none had made a commitment to open contracting (these countries were Ghana, Kenya, Liberia, Sierra Leone, South Africa, Tanzania, and Tunisia).

2016 was also a remarkable year for the open contracting agenda within our own organization. In March, the AFIC’s General Assembly prioritized open contracting and set up a Working Group whose terms of reference have an overarching goal to provide the leadership, as well as conceptual and technical skills to review and reinforce the current architecture of open contracting in Africa.

In the new year, the AFIC seeks to consolidate this progress, while deepening and broadening open contracting in practice. Our 2017 priorities include:

Driving these commitments and intentions is our belief in upstreaming policy reform, building capacities and downstreaming community action.

Support from the World Bank’s Global Programme on Social Accountability, the Swedish International Development Cooperation Agency and the OCP has been invaluable in getting us this far and allowing us to learn from our experiences. With part of our funding having come to an end, more support will be critical to realizing our plans in the year ahead and beyond.

Open contracting in Uganda as a model for Africa?